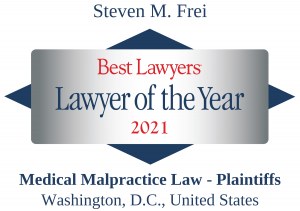 All three partners of the firm were recognized by the 2021 Best Lawyers roster. Gary Brooks Mims, who earned the same Lawyer of the Year – Medical Malpractice accolade in 2017, was once again named to the 2021 roster.

Partner Matthew Perushek was voted by his peers to Best Lawyers’ inaugural Ones to Watch roster for 2021. Recognition by Best Lawyers: Ones to Watch recognizes lawyers who have been in practice for 5-9 years and is based entirely on peer review. This award process employs the same methodology that has made Best Lawyers the gold standard for legal rankings worldwide.

Since it was first published in 1983, Best Lawyers has become universally regarded as the definitive guide to legal excellence.