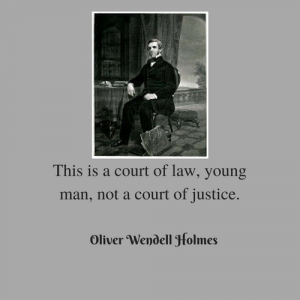 When you think of the law, most of us tend to think in terms like “justice,” “equality,” or “fairness.”  Unfortunately, the law is not always fair, nor does everyone receive equal treatment, and often, it does not succeed in meting out “justice.” Virginia medical malpractice law offers at least two examples of this.

The answer is a frustrating one.  Under Virginia law, the statute of limitations for almost any injury is two years, except for a minor, for whom the statute of limitations is two years from when they turn 18. The legislature has decided—reasonably so—that a person is not legally competent to file a lawsuit until they turn 18. If this woman—as a minor—had been injured in a car accident, she would have until she turned 20 to file her lawsuit.

So, this young woman can move forward with her case, right?

No. Absurd as this sounds, this young woman would have had to file her lawsuit by the time she was 10 years old.  According to Virginia law, if the medical negligence occurred when the child was under eight years of age, she would have two years after turning eight, or the age of 10, to file a lawsuit.  If she’d been injured at age eight or older, she would have had two years from the date of the injury to file the lawsuit.

So, I had to tell her that she cannot bring a case against the doctor because Virginia law treats a physician-inflicted injury differently than other injuries. Once she turned 10, the doctor was protected from legal action.  This young woman is now left without a course of action for the doctor’s negligence, but not because of the merits of her case.

It’s an unfair playing field for plaintiffs in medical malpractice cases.  How fair is it to extinguish a child’s claim before she is legally competent to bring it?

Perhaps the single greatest example of how Virginia law favors defendants in medical malpractice cases is the “cap.”  Virginia law “caps” the amount of money to be paid to the injured. As of today’s date*, that means a defendant is protected from paying more than $2.3 million in any medical malpractice lawsuit, regardless of any factors.  Consider what this means, for example, to a child who suffers a brain injury due to the proven negligence of his physician.  The most the child can recover is $2.3 million.  A brain-injured child would likely require a lifetime of care plus appropriate housing and care once he turns 18.  In my experience, the economic loss is easily in the range of $5 million to $10 million  depending on the child’s needs.

If a jury returned a verdict in that $5 million to $10 million range to adequately provide for the child, the judge would have to reduce the verdict amount down to $2.3 million. That amount would be further reduced by the costs to bring the case to trial, including experts, pre-trial discovery and legal fees.  So, then what happens to the child when those funds are exhausted? The likely outcome is that the government will become the party paying for the child’s care – not the negligent doctor, hospital or their insurance company.